Steve Cox father of two was diagnosed with an Ependymoma in 2004, after going through surgery and recovery, just two years later Barbara his wife was diagnosed with a Glioblastoma Multiform.  Sadly Barbara passed away in 2006. To find a way to deal with his own grief he wrote a book called  If You Love Me, Take Me Now

It is almost impossible to fathom this happening to one family. To then turn this life-changing experience for good is overwhelming. I look forward to reading the book If You Love Me Take Me Now.

My symptoms were many months of hiccups. I’d hiccup for a while several times each day, especially when I ate or drank something. I also started having some unusual sensations in my head that made me believe that this wasn’t a stomach issue. In January of 2004, I went to my GP and I was given some tests. Soon after I returned home after having an MRI, my phone rang. It was my neurologist who told me that I had a brain tumor.

5 weeks later on the 24th February 2004, I was booked in to have a 9-hour craniotomy. They told me I had a 4 cm Ependymoma. Post-surgery I had lost the ability to swallow and could not walk or speak clearly. I could barely move my tongue which made it hard for me to eat. I was given a feeding tube in my belly.

After about 8 weeks, they were able to remove the feeding tube.  It’s still not perfect as only the right side of my throat can swallow food correctly. I had to relearn how to walk and to speak. The right side of my body from the top of my head to the bottom of my right foot is still numb.  Not completely numb, but it has much less sensation than my left side has.

For about 10 years, I could not sneeze or yawn even though I would feel the sensation to do so.  I had speech therapy, physical therapy and occupational therapy.

Now in 2020 I can sneeze and yawn sometimes.  My tongue never completely healed, so I sometimes slur my speech. My balance is still poor and I occasionally fall over or bump into things.  My blood pressure goes up and down wildly causing me to occasionally pass out. These are the things I still have to deal with.

Tell us about Barbara?

Several months into my recovery, my wife started to have some health problems. Her eyes bothered her and she felt as if she had a sinus infection. Not long thereafter, her friends noticed that she was walking with a limp. She was a talented artist and began to lose dexterity in her hands. We made an appointment with the primary care doctor who we had both seen for years. He ordered an MRI, which revealed a massive 6cm Glioblastoma Multiform (GBM).

We were both shocked!

Our friends and family were beside themselves. How could this happen twice in one family? From that point, Barbara’s health started to fail very quickly. She was rushed to emergency surgery where a tumor the size of an apple was resected from her brain. The same doctor who operated on me operated on her. We even had some of the same nurses.

Soon thereafter, Barbara underwent chemo and radiation for what we eventually learned was a Glioblastoma Multiforme. Barbara had a 6cm Glioblastoma Multiform in 2005. She had surgery to remove as much of the tumour as possible. We ironically had the same brain surgeon.  Our surgeries each lasted for about 9 hours.

Sadly after a short fight Barbara past away on November 6, 2006.

Life is precious, and I still have my life. My wife’s brain tumor took her life from her. It also took her from our two children. It is still very unsettling for me, the realization that my children are denied a mother who so dearly loved them.

I sometimes feel inadequate that I can’t fill that void in their lives. Even so, I find much joy in life. The experience of surviving a brain tumor myself, and then losing my wife to a brain tumor, has forever changed my perception of daily life.

I take nothing for granted, I find joy in the simplest of things, and I have a greater empathy for every individual. We all have a story to tell.

My agenda now in 2020 is simply to stay healthy and pass on as much of my knowledge and experience as I can to my children and grandchildren.

What advice would you give to people or loved ones that get daunting diagnoses?

A survivor may find that their lives will no longer be the same as it was. Their previous role as a provider, or maybe an athlete may have been dashed along with the dreams and expectations that have motivated them throughout their lives.

That realization may be met with severe depression. A survivor may have to rearrange all the priorities in their lives. This can be a very troubling and lonely process.

In my case, I buried my wife while I was recovering both physically and emotionally from brain surgery. It’s difficult to describe how challenging a time that was.

Tell us about your Book?

I am fortunate to be retired. Most of my time now is given to volunteer efforts and writing books. My life has been replete with wonderful and unusual events, so there may be one or more books coming.

My passion for writing came late in life. Initially from a desire to leave a legacy for the time when I am no longer.

Writing my brain tumor book: If You Love Me Take Me Now, was motivated by a desire to tell the story, but even more, as a way for me to heal and to dispose of some pent-up emotions. Writing it was cathartic.

Simple things motivate me. Listening to the waves crash on a beach. Walking outside in a snow storm. Feeling that some task I perform may make someone’s life better.

This may sound odd, but my children are my heroes. At a defining time in their lives, as teenagers, both of their parents were diagnosed with brain tumors. Those two years lifted them out of the bed of comfort they were used to and forever shaped their lives.

I once ran with the bulls in Pamplona, Spain. As a teenager, I hitchhiked across America, and I’ve been on all continents except Antarctica. Also, I discovered an 18th-century shipwreck while scuba diving and retrieving two ancient cannons from the ocean bottom.

My current book is If You Love Me Take Me Now 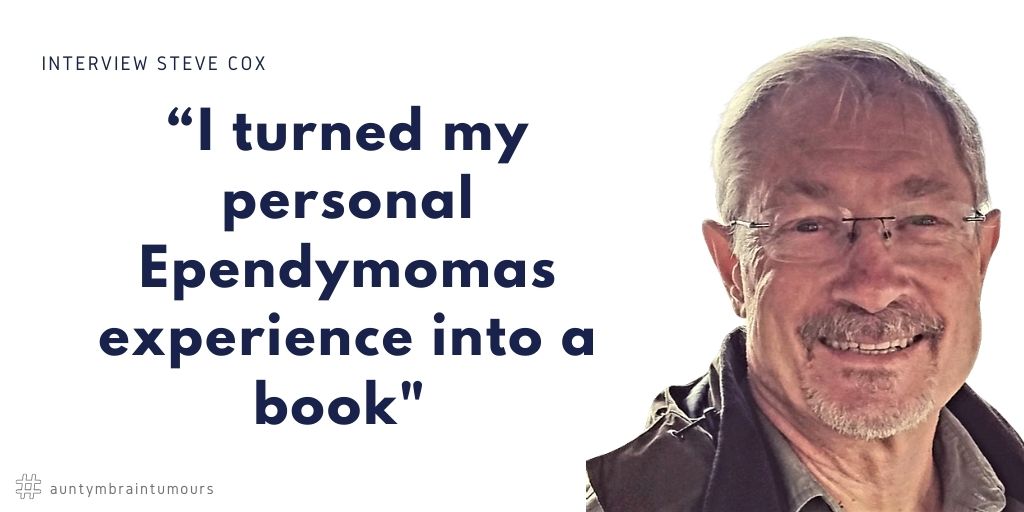