Andrea Deacon, 40, mum of two from Bexley, London, talks about when her son Fletcher was diagnosed with brain cancer. Fletcher was just 3-years-old when he was fighting an Anaplastic Ependymoma. He had Proton Radiotherapy to have it removed.

Here is their story on Aunty M Brain Tumours:

When was Fletcher diagnosed with brain cancer?

My son Fletcher was diagnosed with a Grade 3 Posterior Fossa, Anaplastic Ependymoma on the 12th August 2009.

What were his symptoms?

His symptoms started in June 2009, although he had had some night terrors and stomach problems earlier in the year. His symptoms were sickness and diarrhoea which kept being misdiagnosed as gastroenteritis.

It was only when his weight plummeted in early August that he was admitted to hospital and many tests were carried out including a CT scan which diagnosed an aggressive brain tumour. 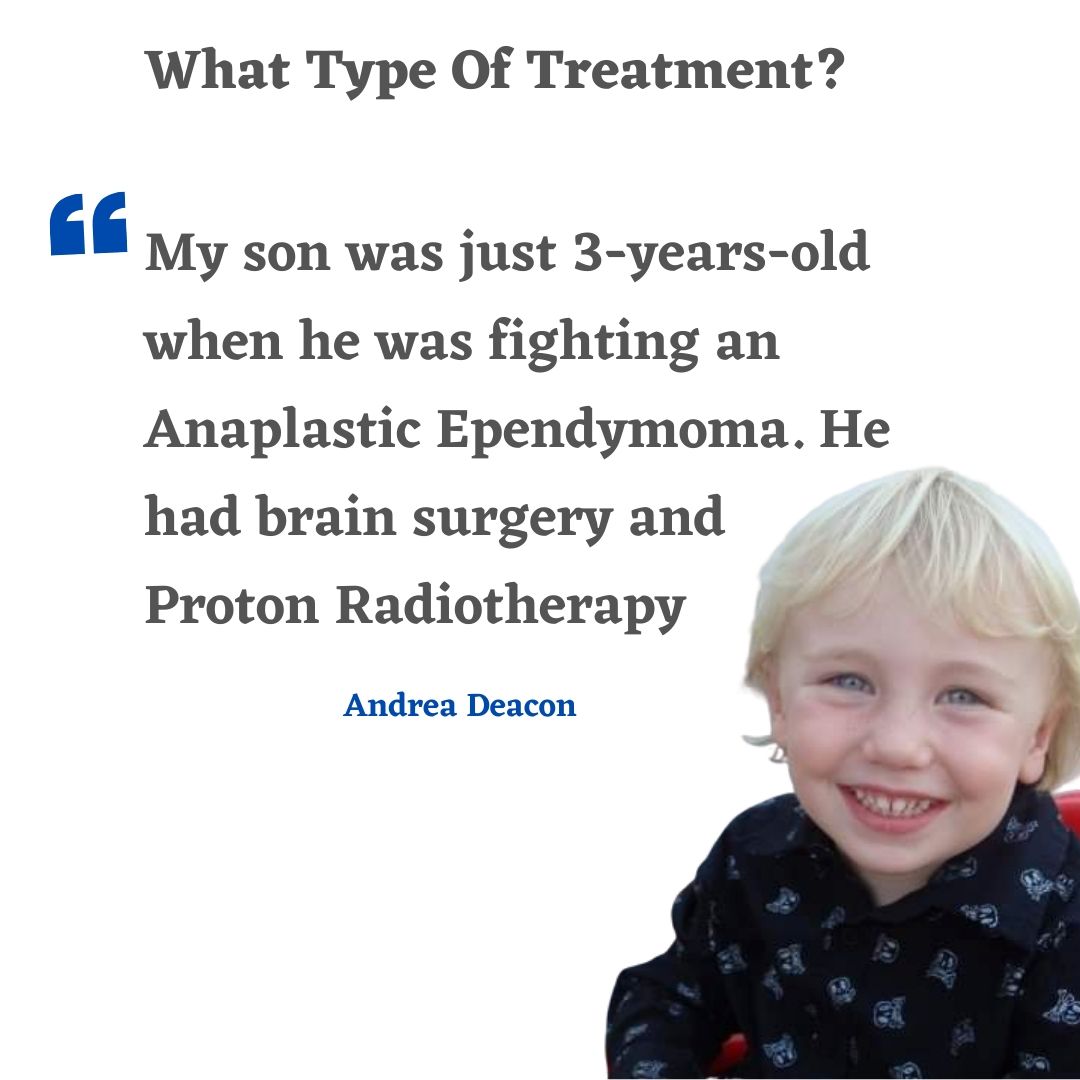 What treatment did Fletcher have?

He had just turned three in May. On the 14th August, he underwent 9-hour brain surgery where they managed to remove 90% of the tumour safely.

To try and remove the remaining tumour he was offered radiation (RT), we were told if he had the RT he would more than likely be left with learning, hearing and sight issues.

Thankfully, we came across a story on the news about ‘proton beam radiation’ which was considered safe for children. The only problem was it would cost us £130,000.

My parents said to go for it and that they would put up the initial deposit and arrange fundraising for the rest.

So, early September we headed off as a family of 4 to America to Midwest Proton Radiotherapy Institute (MPRI), where we spent the next 3 months living while Fletch had 33 sessions of proton radiation.

We are very lucky that since then all of Fletcher’s MRI’s have shown no change to the tumour. Aside from a slight loss of peripheral vision in one eye.

How is everything now?

November 2019 marked the 10-year anniversary of finishing treatment and being cancer-free.

Fletcher now attends a grammar school and you would never guess he had been ill. He is an exceedingly kind and thoughtful young man. A normal 13-year-old who loves football and his x-box. His hero is Frank Lampard. 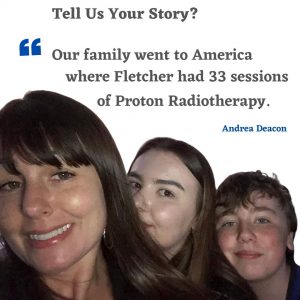 My advice to other families would be to keep positive. It is hard I know. When I was given his diagnosis, I immediately thought that he would die, it was the scariest day of my life and the next few months the most stressful.

We were given a prognosis of Fletcher having a 50% chance of living for 5 years after treatment. Here we are 10 years on.

Fletcher does not remember being ill as he was so young and our regular trips to the Royal Marsden in Surrey are just part of his life. His MRI’s are now yearly until 15 years post-treatment. I didn’t have much to do with the fundraising, my family took care of it all while we were in America. A friend made a website for us using Square Space and there was a Facebook group called Friends of Fletcher.

Lots of people arranged charity events such as a Halloween boat party, an auction, a giant indoor picnic to name a few.

Everyone was amazing. The article that was in the Evening Standard generated a huge amount of interest and donations.

Social media is obviously a great way to spread the word. I think in total we raised around 70,000 and my dad put in the rest. I would advise anyone to get trusted family members to take charge of the fundraising as they would have enough to contend with.

After being so grateful for the donations from people now going forward my family support the Royal Marsden Charity. My Daughter has also organised school events for Macmillan.

Conclusion: Andrea Deacon you have one brave and resilient son. Thank you for sharing your story and giving others hope. I am so glad the Proton Radiotherapy was a success and there is no sign of the Anaplastic Ependymoma. 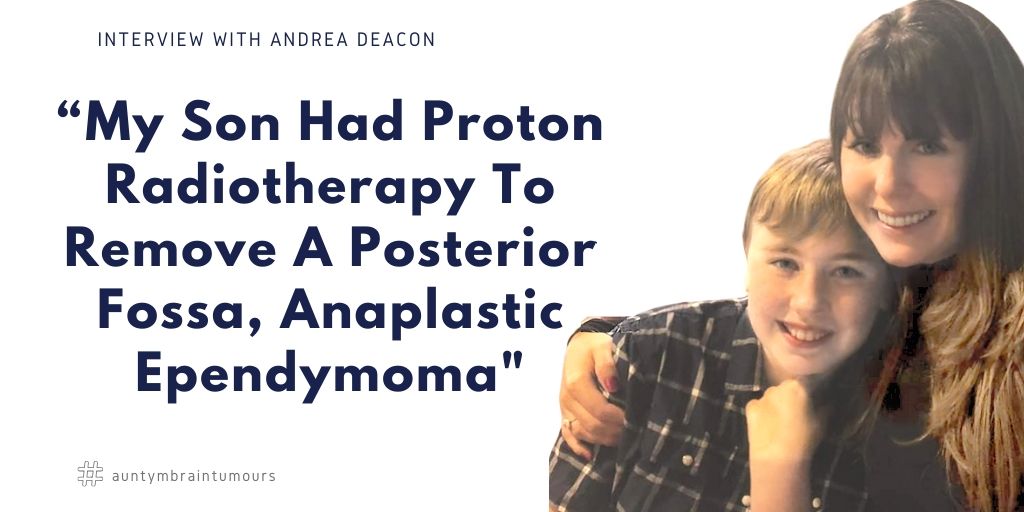