Helen Patterson was diagnosed with a sphenoid wing meningioma. After a successful craniotomy, she was left with Ophthalmoplegia. I had the pleasure of meeting Helen earlier this year at ‘The Weekend 2019’. A three-day event set by the charity Brain Tumour Support. I was invited to be one of the many speakers and share my Meningioma story and talk about Aunty M Brain Tumours.

It was a weekend which brought together over 180+ people – patients, loved ones and carers, leading figures in neuro-surgery and research, clinical nurse specialists and other health care professionals.

I was diagnosed with a Right Sphenoid Wing Meningioma in October 2017. At the time, my only symptoms were my right eye protruding, but in hindsight, I did suffer from really bad headaches for many years. But you just assume it’s your bad sleeping habits coupled with the demands of two young children! The truth is that I only visited the walk-in centre when I did due to concerned family and friends nagging me into it.

Now I generally have a positive outlook on what’s happened but this is coupled with a strong desire to raise people’s awareness of what I and thousands of other brain tumour survivors go through on the road to recovery, and how long it actually is. I’m certainly not the person I was before my craniotomy and the journey to accepting the new me is very much ongoing.

During surgery, I had to have my entire eye socket removed and replaced with a titanium plate, and I now have ophthalmoplegia which I’m still adjusting to, I suffer from neuro-fatigue (which I’m trying very hard to make people aware is very different from normal tiredness) and I’m prone to anxiety and panic attacks, especially in crowded places.

However, as I say, I have a largely positive outlook and I do realise I am one of the lucky ones.

They were able to remove the tumour fully, which was a huge relief, and also had to remove the eye socket, as the tumour had grown so far into it, replacing it with a titanium plate. I am now on yearly MRI scans and regular follow-ups with Mr McArdle in the Maxillofacial Department at Derriford hospital.

I have become very involved with my local Brain Tumour Support group and have undertaken lots of fundraising over the last year.

I also run a Slimming World Group, once a week which I love, and I am able to do a few hours of admin a day. I’m also continuing to sing in my church choir, play the violin in the Exeter Symphony Orchestra and I’m a strings tutor with the Exeter Children’s Orchestra, as well as leading their Junior Orchestra.

I run a group with Slimming World Consultant once a week on a Monday morning in Topsham, Devon, where I help people to lose weight in a safe, supportive way. It’s so rewarding seeing people’s lives change, sometimes quite dramatically, when they lose weight, and become happier, healthier people.

Do you find diet has helped with your recovery?

Definitely! All Slimming World Consultants are members as well, and I have lost three stone, getting to my Target weight in March 2015. This definitely meant I was much fitter for surgery then I otherwise would have been.

Definitely having to accept that they’re not the person they were, and getting to know and love the person they’ve become. It’s also hard when other people think you should be ‘over it’ or ‘back to normal’ which is why I’m so keen to promote the idea that there really is no such thing – it is very much an ongoing journey.

Other brain tumour survivors, who have been through a heck of a lot more than I have! It sounds strange to say it but if I wasn’t on my own brain tumour journey, I would never have met the incredible people I’ve had the privilege of meeting over the last year, many of which I would now call friends – it’s a huge positive I take from the experience.

And of course, my amazing husband and two children, as well as all my family and friends, motivate me every day.

Who are your personal heroes?

I really have to put my husband up there as my personal hero, as he’s had such an incredible amount to deal with over the last 2 years, and he’s been absolutely amazing, being my rock before, during, and after surgery, and on the ongoing road to recovery.

Equally, my fantastic mum and dad, who have done so much to support me and the family, not just during my brain tumour journey, but all my life!

I suppose recently, it would have to be the scooter ride from Exeter to Exmouth (almost 12 miles!) that I did to raise funds for Brain Tumour Support. That was both interesting and exhausting! But I thoroughly enjoyed it.

I think I can do a pretty passable impression of Loyd Grossman. I share so much with people that I think that everything else worth knowing about me is already known! 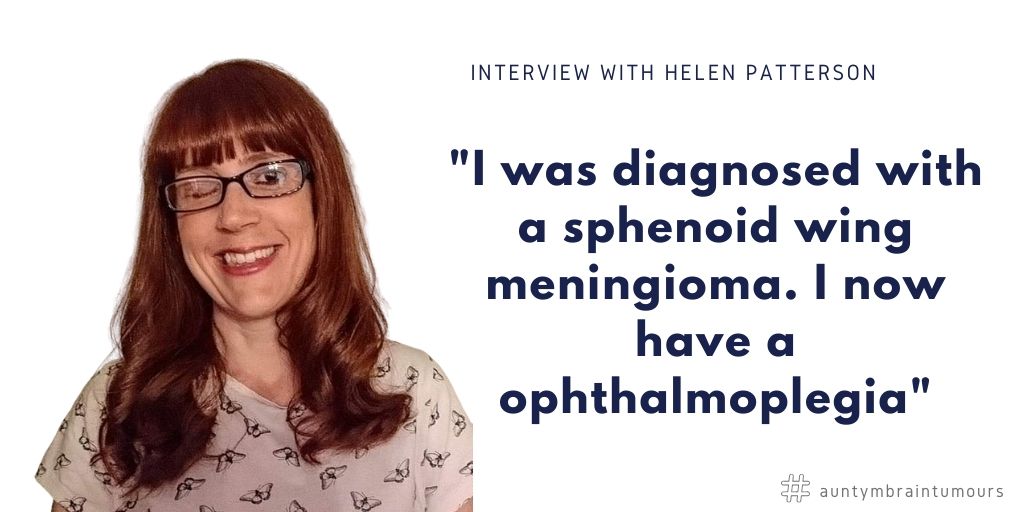