Elizabeth Silvas, also known as Lizzy The Hedgehog, shares her experience of being diagnosed with a brain tumour at the age of 11. She talks about the struggle of being so young and having to adapt to her new disabilities post Surgery. From such a young age Lizzy found refuge through the very famous Sonic The Hedgehog games.

Listen to the Audio Version here:

(This Recording was held at Croydon Radio as a part of the Brain Tumour Thursday Show,  Dates between 2013 and 2016)

When I was a little girl at 11 years old, I used to get sick a lot, and I’d always be sent home from school. Nobody thought it was anything except a headache and a bug or virus. My school teachers thought I was just faking and trying to get attention. My Dad did believe me and took me to three different local doctors to see what they would say about my headaches.

All three said it was just migraines and just gave me tablets to help with them. I carried on at school but would find myself being physically sick during the day. When at home, I got to times when I was in so much pain my Dad would have to carry me around like a baby. My Dad was very unhappy with this.

We went to the hospital and asked for help. When the doctor saw me, he was very concerned and said it was not normal at all to have this at 11yrs old. He booked me in for an MRI. I didn’t like the MRI at all. I felt like I was in there for hours. When I came out, I could see the radiologist looked concerned.

My family and I were told to wait in a quiet room, and somebody would come to speak with us. They gave me toys to play with. I knew something was wrong and was scared at what they would say next.

A few hours later, the doctor stood away from me and talked to my parents in a way I couldn’t hear. I could see them crying, and I did not know what to think. The doctor came to me and went on his knee and said to me, I had a brain tumor just above my brainstem.

He said they wouldn’t know if it was cancerous yet until I had surgery. On the plus side, I could have surgery, and it is successful with little side effects.

I felt I had no choice, and I needed the surgery. My parents and the surgeon wanted me to make a choice and not be swayed by their opinion. I said I wanted the surgery. So, I was taken by ambulance to a different hospital and was booked in. They felt I was too weak to have the surgery, and I needed to build up my energy and fluids first and give me steroids.

A week later, I had a 5-hour surgery, they said they were able to remove the entire tumor, which was non-cancerous. I had trouble speaking, and my body had a right-side weakness. I needed lots of physio and speech classes.

After a time I was told I could go back to school as it was only two weeks till the end of the year and the 5th Grade. My parents wanted me to just redo the year and start again. My school district was insistent. I finish my year and not redo the current year.

I finished the last two weeks, but I was so glad to leave. After school, I went to carry on my rehabilitation for 5 weeks to work on my speech, mobility, and physio. I went on to 6th Grade.

It was a nightmare for me, I had no friends, and I was bullied because of my disabilities. Especially my PE classes. I was always given a chair to sit down on, other girls would be cruel about it as they thought I was spoiled.

The girls would throw the ball at my head to try and hurt me. It was horrible. The pupils would try and trip me up in the hallway. I was very chubby from my steroids and struggled to lose weight.

One of the doctors suggested to my Dad he bought me a computer game to keep me busy and a hobby. I learnt all about Sega, the Sonics the Hedgehog. I absolutely loved it. I used to play the games and the comics that came out.

I was a new person when I found a hobby and a passion. I feel Sonic The Hedgehog saved my life. It is important to have a hobby that can help you come away from the stress and worry of an illness or recovery. 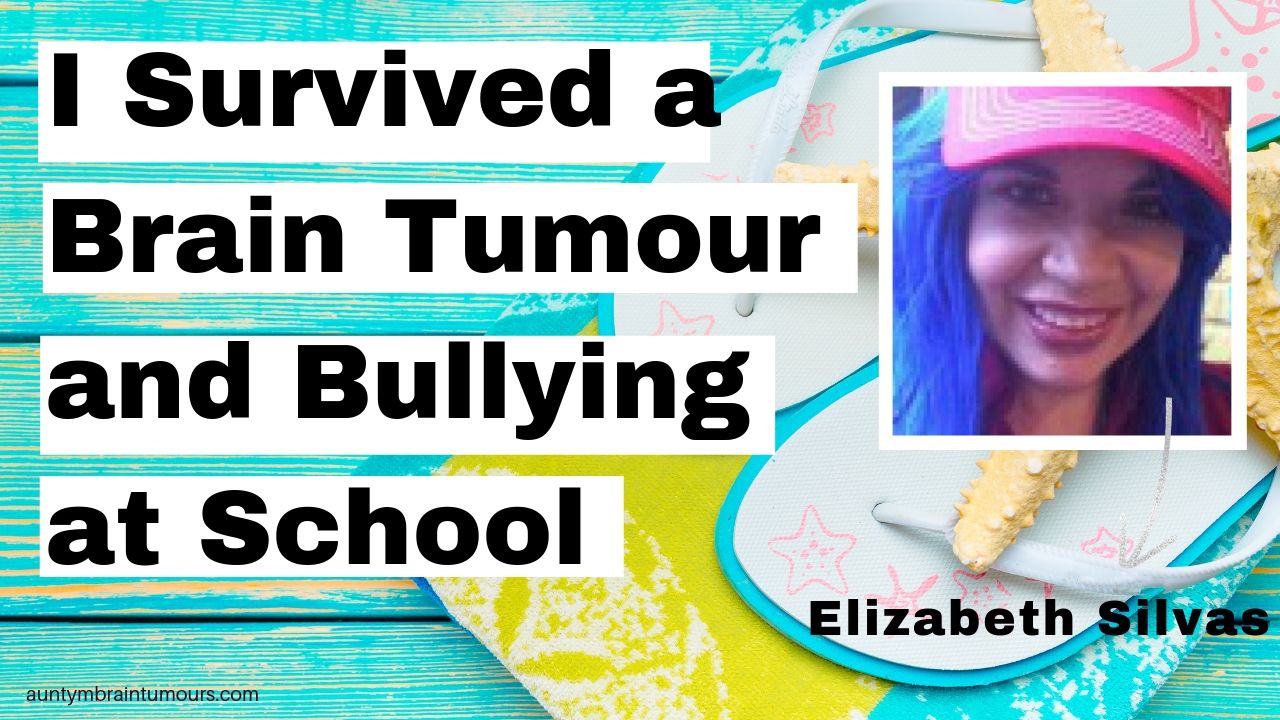