53-year-old Leon Jefferson has been fighting brain cancer for over seven years. In this interview with Aunty M Brain Tumours, he talks about his diagnosis and how his sense of humour has kept him positive even after he was told he had non-curable brain cancer.

In January 2011 Leon was home from Centre Parks with his family, and he was trying to take the baby seat out of the car and the next thing, he woke up indoors with an ambulance crew over him.

Leon was taken to the local hospital and told he had suffered a grand mal seizure. They sent him home and suggested he get an appointment with his GP and talk about it.

To get things sorted quicker he went to see a private specialist. The specialist recommended an MRI and booked him in for a few weeks later. The fateful day of getting his results had come. He went into the room, and the specialist said. “Hello Leon, yes you have a brain tumour!”

Back To The NHS

He was referred back to the NHS to get on their system and find out what the procedure would be.

Leon received an appointment letter from the hospital in early March to discuss the next call of action.

“Once it came, I went with my wife and my dad. Something I always remember when I go to the hospital waiting room, there is a nice looking fish in a tank.

Unlike myself, my wife had been searching online for information and had got herself in a right mess, worrying. I tried not to worry and sat talking to my Dad about my 5yr old’s new water-skies we had bought him for the summer.

I just sat there thinking ‘it was just a bit of a bug in my head’, not to worry about”.

The office door swung opened and from that minute Leon knew his life has just changed as he knew it.

“Hello Mr Jefferson” the specialist said, “This is your surgeon, seizure specialist, cancer nurse and your oncologist. We would like to discuss our plan of action”.

“Ok,” Leon said, “but, Leeds United are on telly tonight, so I can’t stay much longer”.

The specialists said they wanted to go with the ‘watch and wait’ approach.

So, Leon was sent home again, and another letter arrives with another MRI scan date and test dates for things about his eyes and cognitive behaviours. These appointment letters went on for 2 years. Then Leon was sent to meet his neurologist again.

“So, I am back in the neurosurgeon’s office with the fish tank and being told I would be having surgery to remove a tumour in September 2013. I was all ok with that and set to go and get this thing out.

I had a nine and a half hour ‘awake craniotomy’. The surgeon would ask me questions during the operation to see my responses. They asked my name and my surname. I was explaining that my name was James but that my mother nicknamed me Leon.

Leon was actually my local curry man, and as I was going there regularly, I ended up being called Leon.

The doctors were telling me that they had a curry house down the road they loved to go. We seemed to get onto the subject of, if I was the chef what would I cook for everyone? Weird the things people talk about on the hospital bed”.

After a successful craniotomy, brain tumour survivor Leon Jefferson was sent home with a two-year ban from alcohol and medication.

“I’m a motor trader and work from the pub! 3 weeks later I’m back at it, but no driving, which is my passion, all my staff rally round and my transport manager becomes my right arm, and we are inseparable and our company continues to survive.

On the 13th February, I fell in the snow, and the docs said it might be from medication and want to try me on something else. After 6 days on the new medicine, I had a psychotic experience happen while at hosp, and I try to self-harm due to the reality of the dream.

Two days later wife picks me up covered in blood, and we go home in silence. I’m now a different person moody, fiery and not the man she married or the dad my son knew. Back to hosp for more care. My son arrives with a bag of marbles and tells me he heard I’d lost mine!!! Time passes on, back to work, snow ski holiday booked, and I just carry on with humour and life.

Next scan letter arrives, now just an everyday thing, results – a tumour has spread all over my motor strip, and people look worried, 80%removed on the first op, so the 20% little devil is in action and needs zapping with PCV chemo. More daily trips to hosp yippee, Costa coffee and ginger biscuit.

Results show more problems, so let’s have a mask made and try a different hospital for 6 weeks zap of radiotherapy, bring it on I say to myself. So, 7 years 2 months and I’m still here and result in 6\3\18 still stable no change”.

Brain cancer treatments have finished, and Leon’s tumour is stable. He has lost a considerable amount of weight from chemo but has managed to keep his humour in tacked.

“I work 24\7 running my own business, I can still ski down the slopes and go water skiing. I am helped with football training for my son’s Under 11 team. The best thing I did was last November was Shark spotting”.

I asked Leon, what advice would he give to other brain tumour patients. He said “Advice for folk – I got plenty, mainly humour it’s better than any hospital can give you an inner belief. Also, have a hobby! Yes, I am a motor trader, but the main job is transporting cars around the UK with my best friend,

my stalwart, helping run that with his family as our driver team”.

It was a pleasure to meet Leon and sharing his story with us. We wish him all the best for the future and taking on every challenge that may present him.

Let us know how you’ve been encouraged by the story of brain cancer survivor Leon Jefferson. Have you found humour to cope with your brain cancer? 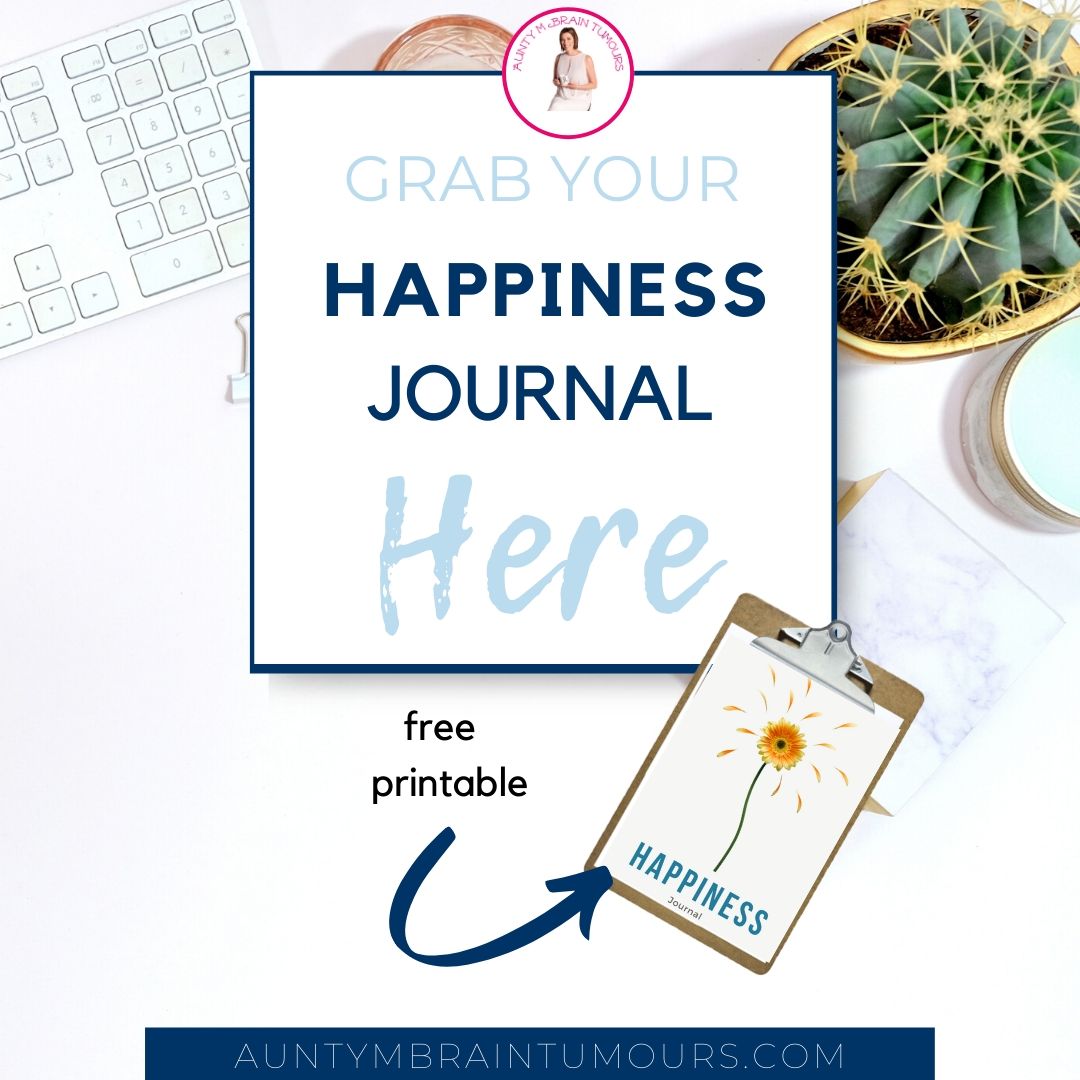 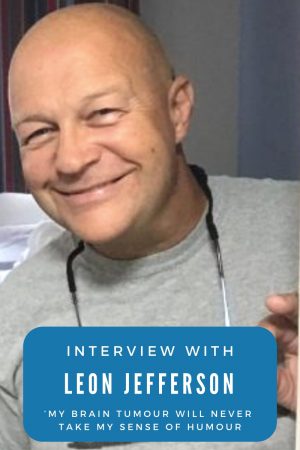 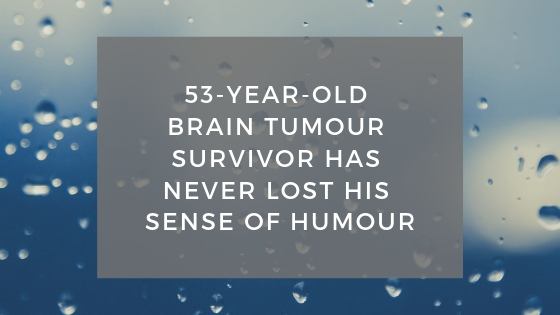