Joey Boats was diagnosed with a Pilocytic Astrocytoma in 2005 and after being in remission he was diagnosed again in 2013. After another fight for his life, he has now been cancer-free for over 6 years.

Having gone through two brain surgeries and a terrible ordeal, Joey intends to give back and help others.  Just 40 days after his second brain surgery he ran a half marathon. That is some determination right there.

After seeking the wisdom of a Lakota priest I was given a name, ‘He Who Flies with Hawks’.

Next on my agender is to write a book, which is harder than it sounds.

Toolbank was started in Atlanta in the 90s and grew from  Toolbank Disaster Services,  they help other nonprofit organizations with utilization of tools in disaster response, with seven other affiliates including the one I work for in Cincinnati Ohio.

At Toolbank, I run deliveries of tools and like items to other non-profits in my city so they themselves can do projects to perform outreach in the community. My most memorable moment with Toolbank so far is when I was added to the staff this past spring.

Who Is Team Rubicon?

Team Rubicon is a veteran-led disaster response agency, I help with the logistical aspect of disaster response. Team Rubicon was started in 2010 by a man named Jake Wood, after the 2010 Haiti earthquake,  Jake just wanted to help those folks so he got some friends together, that he served within the U.S. Marines, and went through the Dominican Republic and out of their action came  Team Rubicon.

Some of my most memorable moments with Team Rubicon are during every operation I go on! But the standouts are Operation Hard Hustle in Texas after Hurricane Harvey and Operation  Silver Sun in North Carolina after Hurricane Florence.

Conclusion: What an amazing amount of opportunities Joey Boats has come across since his Pilocytic Astrocytoma diagnosis. He shows us to never regret anything and take opportunities and new passions. 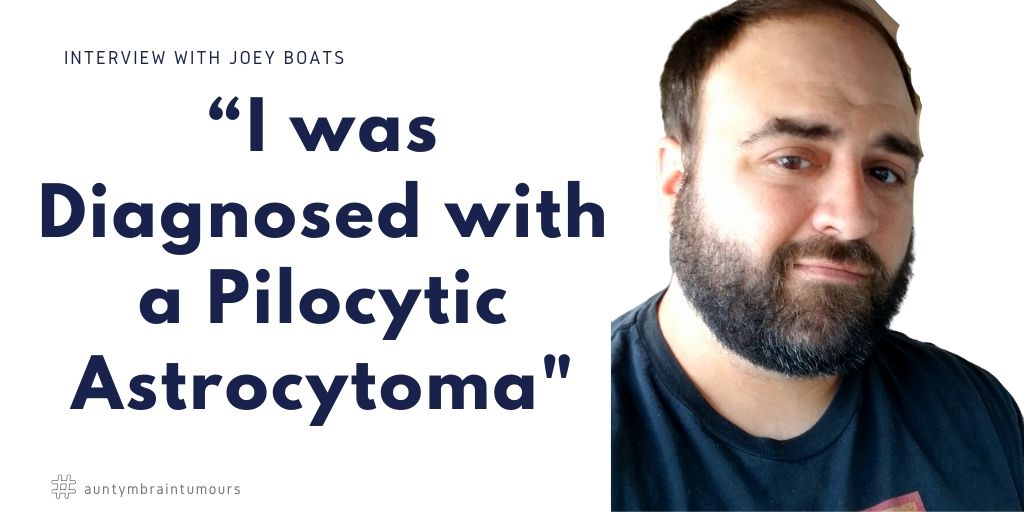