Wendy Santana was diagnosed with an Oligodendroglioma In October 2014 after having a grand-mal seizure. NO matter of her own battles she is passionate about human rights.  She has spent over two decades building a successful career in the non-profit sector, where she helped lead and raise funds for services that benefited some of the most disadvantaged populations in Los Angeles, California.

How did you find out about your Oligodendroglioma?

One night while I was reading a bedtime story to my son, I had a grand-mal seizure.  My husband called the paramedics and I was transported to a nearby hospital.  After some testing, I was given an MRI, followed by a biopsy that confirmed a malignant brain tumor.

Oh my gosh, I had all kinds of symptoms and even went to my primary care physician a few weeks before the seizure.  I was misdiagnosed several times. The tumor was located in my left frontal lobe split between my primary language function and motor strip.  It was a location that triggered my emotions and anxiety.  I had headaches for a few weeks prior to the seizure as well.  I basically never felt well but I always managed to push through it.

The agency I was recruited to lead 13 months prior to my seizure was struggling financially when I arrived.  I put so much of myself into reviving it–that by the time of my seizure the agency was healthier than I was.

I’m doing much better now that I have finally accepted my diagnosis and my new normal.  I have learned how to pace myself and how to plan my days knowing I have limited energy.  There have been a few more layers to my health issues which have been uncovered during the last couple of years.  I had another major surgery a while back and thankfully I have learned how to better listen to the signals that my body sends me.  I have had several brain MRI’s since my craniotomy which have shown me to be “stable” thus far.

Being productive and making a difference.  One of the first things I did in 2015, while still recovering from a craniotomy, was to create a book with my son called “That Thing on my Mom’s Brain” about our experience.  The book was published by The Musella Foundation for Brain Tumor Research and Information.  100% of the residuals from the sale of the book go toward finding a cure for brain tumors.

In February of 2017, after dealing with aphasia for over two years, my voice returned.  On April 7, 2018, I shared my story with a live audience during a KPCC Unheard L.A. event.  Building on that success, I finally felt I could face the crowds, lights and loud sounds of a large event, so last year, I was able to participate in the American Brain Tumor Association’s BT5K fundraiser in Los Angeles.

In 2018, I also created a blog http://2ndchance2live.com where I share resources for survivors and write about my journey from brain cancer to life rediscovered.

I have several but my husband has to be my favorite.  He stood up to the medical professionals when I was in the hospital and they wanted to perform a craniotomy on me the morning after we were given the brain cancer diagnosis.  He sought out second and third opinions.  Eventually we ended up at UCLA Medical Center which is over an hour drive from our house on a good day.  My neurosurgeon, Dr. Linda Liau is one of the best in the country.  I truly believe it was my husband’s strength and Dr. Liau’s skill that provided me with the best possible outcome.  We have been married since 1992. He has stayed by my side through all of this and continues to take me to every MRI appointment.

I also need to mention my stepmom, Kathy (my dad’s second ex-wife) and her husband, Craig. Kathy stayed with us for seven months after my diagnosis because I couldn’t drive.  Kathy and Craig kept everything normal for our son so my husband could focus on work and my recovery.

In addition to treatment and recovery; I would have to say finding support and being understood.   As you know, this is an invisible disease and unless someone has personally experienced it as either a patient or a caregiver, it’s hard to comprehend how much a traumatic brain injury can alter one’s life.  Many survivors also lose their livelihood and struggle monetarily from the medical expenses as well.

Following are a few of the things that I suggest:

1)  Read about other survivors

5)  Be patient with yourself, it takes time to heal

Tell us something about yourself that people probably didn’t know. It can be anything?

When I was in college, I started an outreach program that assisted hundreds of homeless people living on Skid Row in Los Angeles.  The effort continued for several years and grew really large.  I was very passionate about it and collaborated with friends, neighbours, local businesses, and colleagues.  It continued on as I worked my way through college and ended up landing a position in the corporate world.  At the time, I had no idea I would eventually make a career change that would allow me to utilize my business skills and serve society in a meaningful way.

My husband, son, family, friends and our animals.  Promoting brain tumor/cancer awareness so a cure can eventually be found.

Well, my son will promote from middle school in the next few weeks and he has a very busy summer.  Beyond that, I am looking forward to serving as a volunteer on the planning committee for the American Brain Tumor Association(s) BT5K Los Angeles event which will take place at USC on October 26th this year.  I have personal goals of keeping my blog going, continuing to raise awareness about brain tumors, and giving another speech this year too.

What is your blog about?

I am striving (like you) to become somewhat of a resource in the brain tumor community. I am most proud of the “suggested reading,” “resources,” and “gratitude” tabs of my blog.  I write about my journey toward becoming more mindful and the eventual acceptance of my “new normal.”

Please give information if you have a website.   http://2ndchance2live.com/

What motivates you to blog?

Looking at experiences through the lens of a writer (I’m always asking myself what does it look, sound, smell, feel, taste like)?  I have been learning to check in with my senses which helps me to be more mindful of the current moment.  It also helps when I’m fearful about a lab result or test (such as an MRI) because I know that whatever the outcome I can eventually write about it.  Hey, in the worst case scenario, I’ll have new material and experiences to explore and write about.

What is the hardest thing being a blogger (if any)?

I struggle with limited time to write and find it very difficult to write when I have a headache and/or don’t feel well.  I also feel like I have so much to say and want to be able to get it all out while I still can.

Conclusion: Wendy you are a true inspiration!! 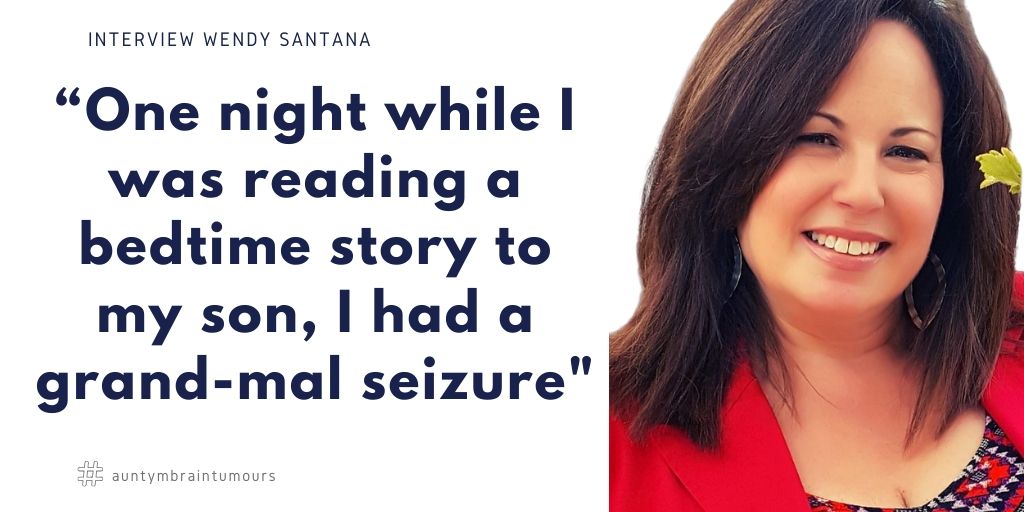