Mother of two Karen De Bonis from New York talks about how it felt watching her son struggling to live with such a terrible start in life. Matthew was diagnosed with a non-cancerous Inoperable Pilocytic Astrocytoma when he was just eleven years old. She talks about her thoughts and about her blog www.karendebonis.com

Hi Karen, When was your son diagnosed?

Matthew, my older of two boys, was eleven when he was diagnosed with a Non-cancerous Inoperable Pilocytic Astrocytoma. His symptoms started in 1994 when he was just eight years old. It took three years to arrive at the correct diagnosis of a brain tumour after. Myriad misleading diagnoses, clueless doctors, and baffling behaviour changes in my son nearly caused me to self-destruct in those years.

The tumour is medically benign as if anything capable of such devastation merits that description. The benign Pilocytic Astrocytoma is also inoperable. Clinging to Matthew’s brain stem, it hides so deeply within fragile tissue that any attempt to reach it would have caused irreparable harm. It’s still there, which is why I refer to it in the present tense; so far it’s been 20 years.

The tumour was blocking the exit of the cerebrospinal fluid from the brain. The resulting hydrocephalus bloated his ventricles like water balloons and squished his grey matter into a sliver against his skull. 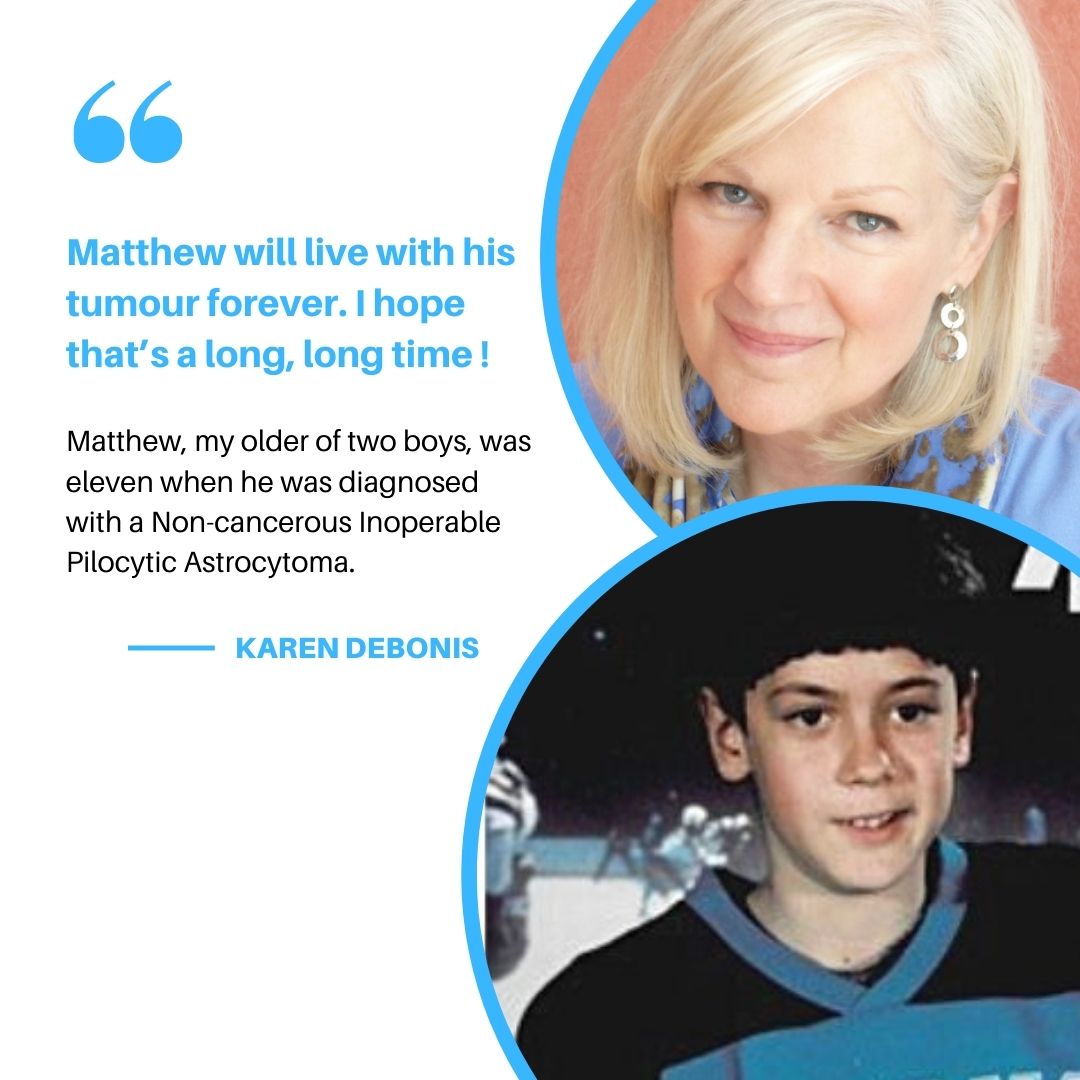 My husband and I gaped at the black and white picture on a screen in the radiology lab. It didn’t even look like a brain. No wonder Matthew’s symptoms were so pervasive: cognitive, motor, social, emotional, behavioural. Yet he had no headaches. He had no seizures. The absence of those typical brain tumour markers contributed to the three-year delay of an accurate diagnosis. All the while, drip by drip, the fluid had become a flood.

A “growth,” the radiologist called the white blob on the screen. I froze, then crumpled, then leapt into action. A week later, an ETV—endoscopic third ventriculostomy—created a new exit pathway for the fluid. It would drip away like a leaky faucet; if it gushed like a bursting dam, it could pull the brain with it, detaching it from the skull.

Matthew was expected to bounce back. But it was more like a slow dribble, meandering back and forth over the foul line for years and years—two decades. Now, he’s about to turn thirty-three. He works and drives and pays his bills and rides a bike for exercise. He just bought a house. He still has cognitive hiccups, but he manages them so well, you’d never know there was a story to be told.

I have a blog about my memoir which I write, as well as personal growth, life lessons, and self-acceptance, all of the themes in my memoir. My website is www.karendebonis.com

I never was a writer, and never expected to become one. But at an age when most people are thinking about retirement—I’m 60–has broadened my world in many unexpected ways. I wrote a “Tiny Love” story about Matthew’s first house for the New York Times!

I write to tell the story. It’s about perseverance and hope and learning lessons through hardship. It’s about love. It’s about growth—not just Matthew’s, but mine.

It wasn’t until the last few months before Matthew’s diagnosis when I finally found the courage to stand up to doctors, teachers, and family members who believed Matthew’s changing behaviours were “normal.”

I’m not proud that I couldn’t stand my ground with Matthew’s early symptoms, but I’m proud to confront that truth because that’s the only way I’ll grow.

Personal growth. I’m on a lifelong quest to become my best self. I try to embrace the essence of who I am: an introvert, an empath, a good listener, a deep thinker (can you tell?) And I’m learning to be more assertive, to ask for help, and to honour my needs.

I admire people with integrity, who do the “right thing,” however that’s defined, even when there are negative consequences.

I was once in a Princess Diana look-alike contest. I lost. 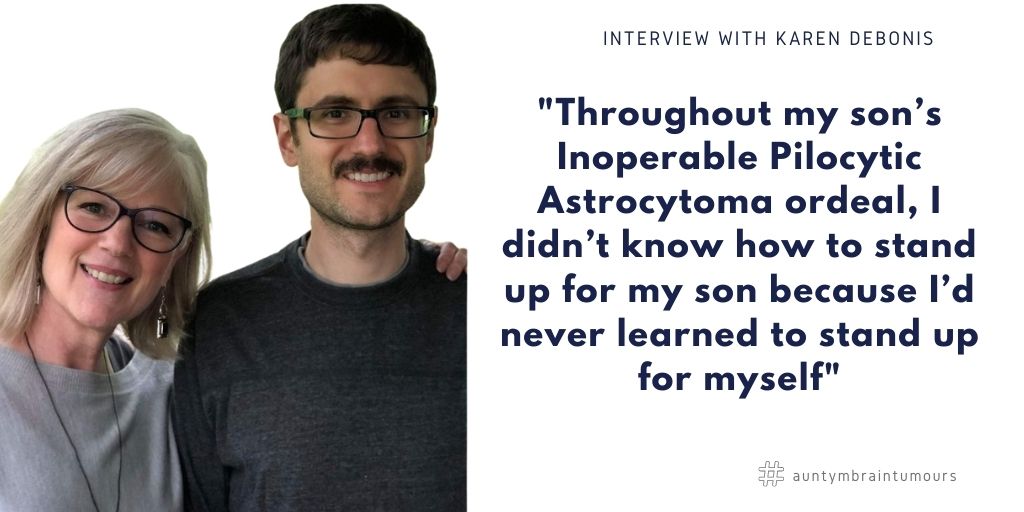