I was diagnosed with a Juvenile Pilocytic Astrocytoma in 1993 when I was three, I don’t remember much about it except I know I had surgery to remove it as I had a big scar and a VP shunt to help with hydrocephalus. 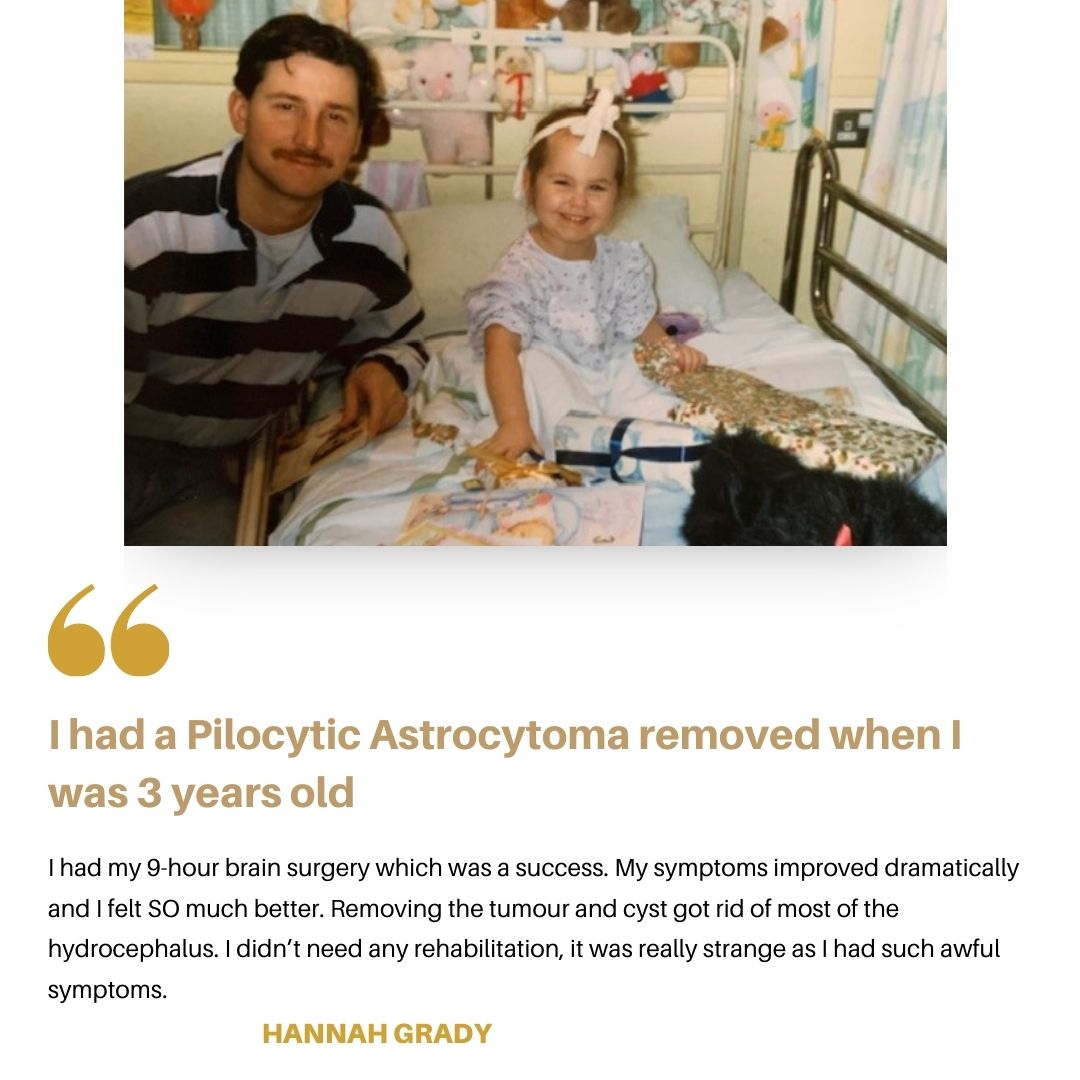 On October 1st, 2018 I gave birth to a beautiful girl called Pippa! After the birth, I felt very poorly. I kept going back and forth to my doctors and told I had an inner ear infection. I still felt terrible but just thought it was my ear infection with some low iron added in from being pregnant.

A week passed, I became increasingly unwell, my balance was getting worse, I was walking into doors and feeling like I was falling. On the 14th of October, I collapsed, and my partner called an ambulance. At the hospital, I was told I had an infection from giving birth and sent home.

My symptoms just got worse so fast, my speech started to slur, and my hands got so weak, I could not even send a text message or write anymore. The worse thing about all this was I couldn’t look after my children.

I remember going to bed that night but I couldn’t sleep as I had a terrible headache. I felt like someone was stabbing my head with a knife. In the morning I told my partner Jordan I needed to go to A&E. I couldn’t even get dressed, I felt like I was dying. Jordan got me into the car and took me in, he had to carry me as I couldn’t walk. I spent two hours sitting in the waiting room having paracetamol for my headache, then about 2 hours later a doctor sent me for a CT scan.

I was so scared but also thankful someone was taking me seriously. It was from there my scan showed I had a huge brain tumour and a cyst, along with hydrocephalus. I was admitted on October 16th and kept in on steroids as I had very bad swelling in my brain so they couldn’t operate immediately. It was 5 days later I was able to have surgery.

I had my 9-hour brain surgery which was a success. My symptoms improved dramatically and I felt SO much better. Removing the tumour and cyst got rid of most of the hydrocephalus. I didn’t need any rehabilitation, it was really strange as I had such awful symptoms prior. 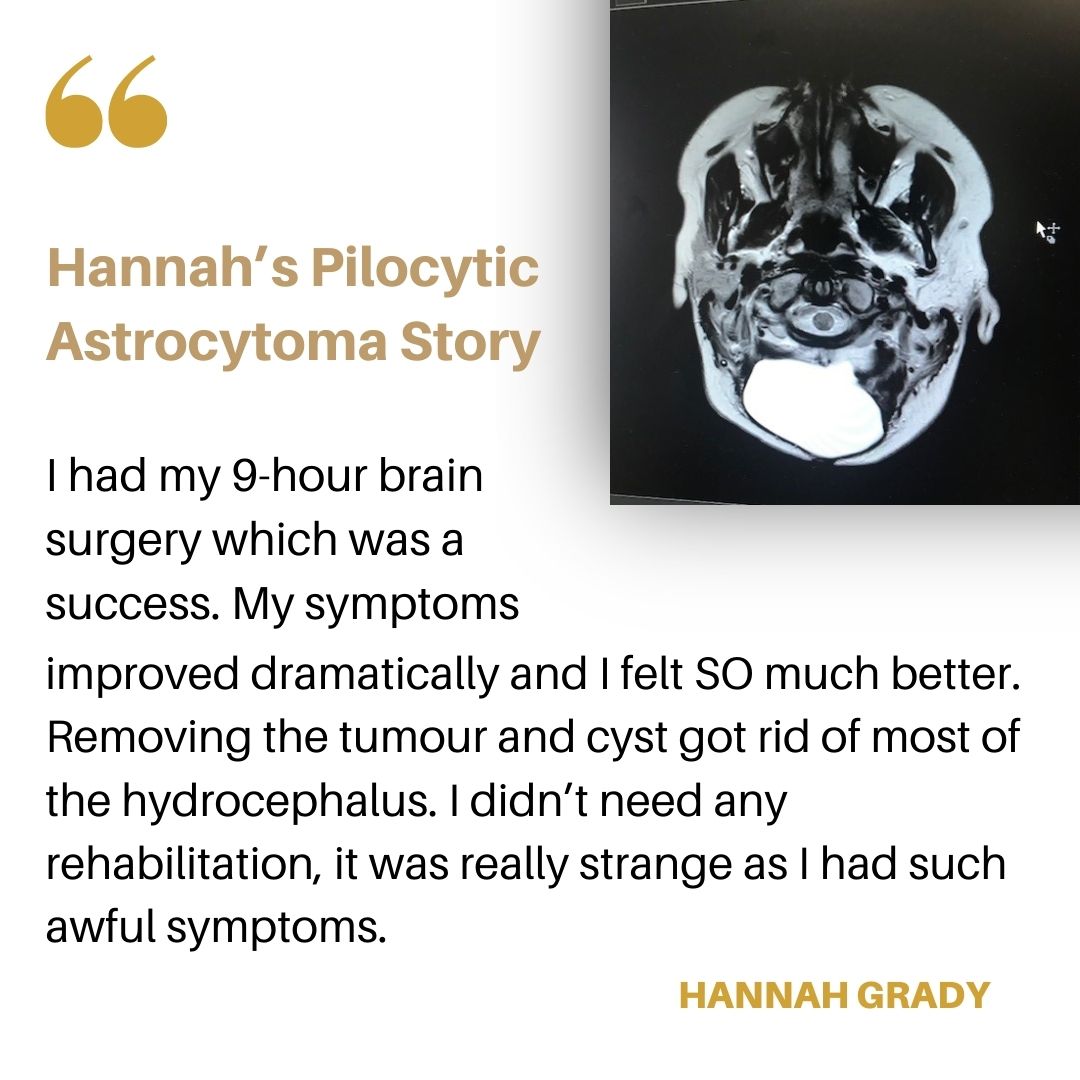 I had a set back in 2019. I had to have surgery again as I had a cranioplasty due to a fluid issue called a pseudomeningocele, so I had another surgery to fix it. It felt like I was taking steps backwards but I recovered well and fingers crossed haven’t had any more issues since.

I have mild balance issues now, sometimes I’ll feel like my body isn’t positioned correctly or I’m falling but it’s better than it was before.

It’s taking me a while to adapt to the “new me”. I don’t think you can ever feel like the same person after brain surgery. I suffer from a little sensory overload, I find it easier wearing my sunglasses outside often whatever the weather! I suffer from crowds and lots of noise, my brain just can’t handle it anymore! I am getting better though, it’s such a SLOW recovery process, that’s the thing people don’t understand, it’s not a case of surgery and bouncing back instantly!

My life has changed massively. It is tough having invisible disabilities. I don’t feel like the same Hannah I was before I got poorly. I’ve struggled with PTSD, anxiety disorder and very bad confidence. I think collapsing and feeling so off-balance and dizzy has knocked my confidence hugely! Brain tumours really do change us forever. Occasionally I’ll feel snippets of my old life but I do look back at photos and miss the way I felt.

I know I look fine on the outside but I am really struggling inside.

My family, I have four beautiful children who are now aged 8, 6, 4 and 2, and also my partner Jordan. We’ve been together 15 years and he’s my rock. My family are everything and have really kept me going. It’s been challenging at times having a young family in the midst of a brain tumour ordeal but they really pushed me to get through and gave me a reason!

In 2020 I started working for myself as a Virtual Assistant, basically like a PA but virtual. A really lovely lady who I’m so proud to call my friend asked me if I could be her assistant, she believed in me and my life has honestly changed for the better, not only am I a mum but I also have a job, something I enjoy and something which helps me contribute to the family. It has massively helped both my mental health and confidence knowing I can actually do something and help myself along the way.

I’ve run a Facebook group for 6 years, when I was poorly in 2018 a beautiful lady set up a GoFundMe account which raised around 5k to help me in my recovery. I’ll always be forever grateful to her and to everyone else in the group who not only contributed to my fund but also looked after me physically and mentally. It’s amazing how a group of women come together to support each other!

What do you think is a perfect gift for a person dealing with a brain tumour?

I would suggest a lovely soft pillow or a pillow spray. Resting your head is everything after brain surgery and a nice pillow makes it so much better. I really hated my pillow in the hospital so my partner brought my own in! Heaven! I also loved nice smelling hand creams, I still do now. A little bit of self-care is everything! 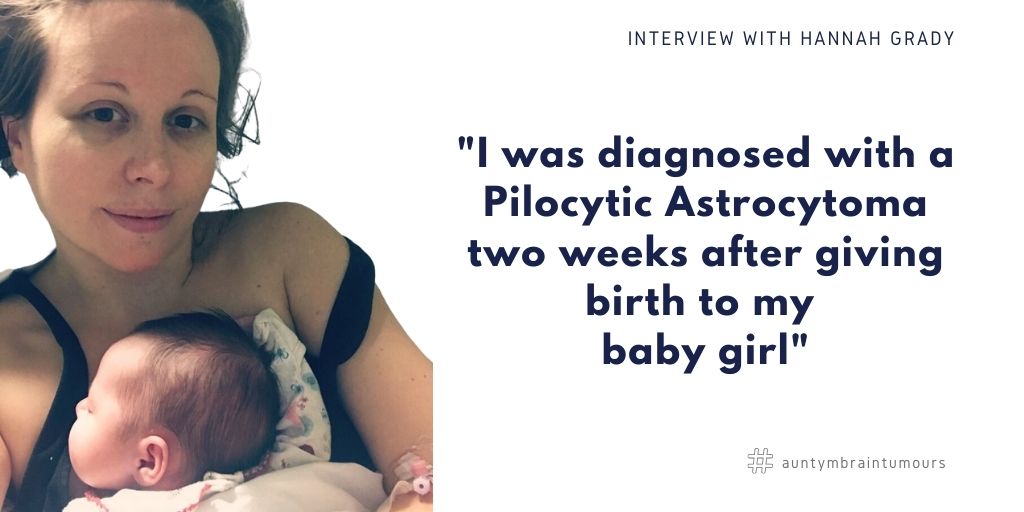 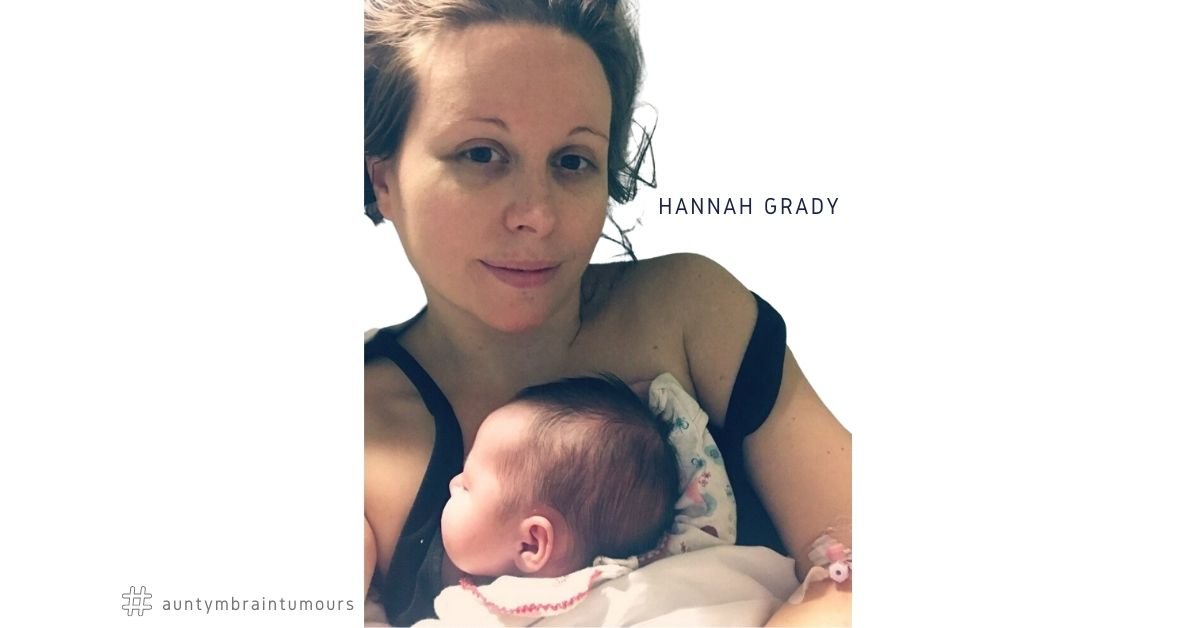